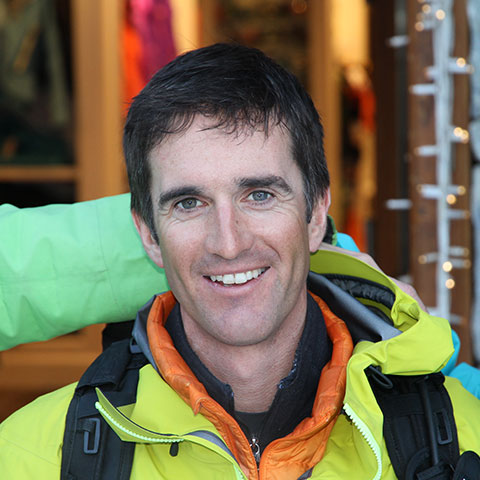 Simon arrived in Val d’Isère for his first ski season back in 1994, and has now been with the Mountain Masters team for over a decade having joined us in 2006. With a deep passion for skiing ignited when he first came to the Alps as a wide-eyed six-year old, Simon’s knowledge of skiing was then built through racing in his teenage years and running the ski club while completing a geography degree at Oxford University.

Despite all best efforts to steer his life towards a career in the law, having been ‘called to the Bar’ in 2001, skiing has won the day and he now loves teaching skiing at all levels – from beginner slopes to backcountry. A passionate and patient teacher, Simon’s approach is to provide fun and encouraging instruction in the simplest way to help you make the most of your time on skis and to achieve your goals - whether building confidence, reducing the physical “strain and effort”, or simply developing the skills to help you to explore more of the mountain so as to reach that “next level”.

Holding the BASI Level 4 ISTD qualification, with French equivalence, Simon has achieved the highest qualification available to instruct. He is also a BASI Trainer, which means he trains and examines ski instructors through all levels of instructor qualification. This uniquely places him at the cutting edge of what is happening in ski coaching globally.

Simon spends his summers in West Sussex, where he strives to keep his legal practice to the bare minimum, instead enjoying long walks with his springer spaniel, road cycling and kitesurfing to the maximum.