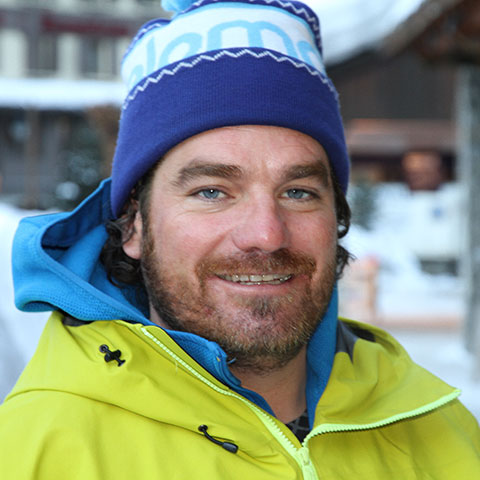 Rupert’s skiing career began in earnest at the age of three, donning strap-on skis to descend a modest slope in his parents’ garden in Rutland, England. Family ski holidays in Europe spawned an obsession with mountains generally and skiing specifically. After university, he moved to the Alps. Twenty years later, he’s still there.

Rupert is a qualified ski instructor to the top level (ISTD) and is a Race Coach (APC/CSCF 2). He is also a trainer for the British Association of Snowsports Instructors (BASI), coaching and examining would-be ski teachers to the ISTD. Rupert is a current member of the British Demonstration ski team.

Rupert has taught throughout Europe, for a good stint in Nendaz and a thankfully brief one in Courchevel. He has also worked  the Southern Hemisphere winters, in Argentina and New Zealand. He continues to migrate, to Treble Cone, Wanaka. L’Espace Killy remains Rupert’s true home, however. He has taught in Val d’Isere, at Mountain Masters, for the last fifteen years.